This will be available until the next live session.

Our Brewer Roundtables are proving to be great fun, and also full of information. They're a way for brewers to chat together and trade stories, using a sample of their beers as a starting point. Sometimes we get deeper into the beers themselves, sometimes we're off on tangents. Either way they're a fast hour of chat.

They're best experienced live (they're free and you can also get spot prizes) so the full replay is only available for a week after the event. But if you want a little more taste we have some highlights for you...

April 17 we're going international! Peak Beer from Belgium will be joining Dundalk Bay and Trouble for a BBQ (well we can imagine anyway). What beer would they choose to bring and why? It should be another fun hour exploring personal and cultural preferences. 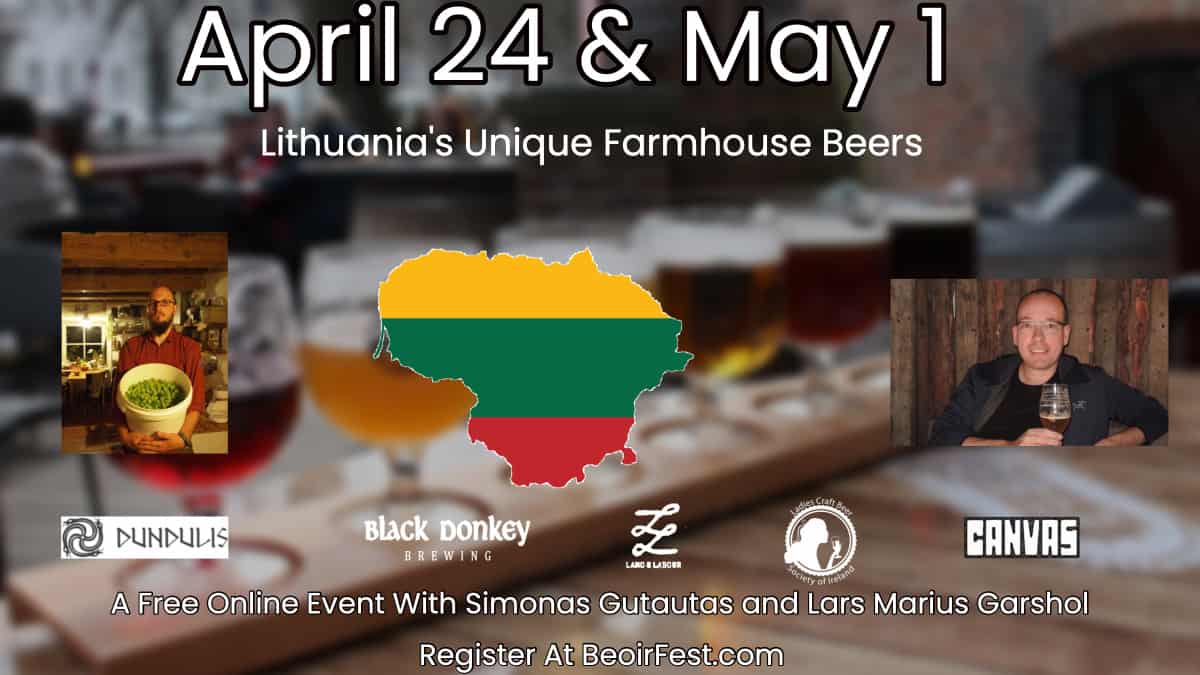 April 24 and May 1 we have a very special event with Lars Marius Garshol (the world expert on traditional farmhouse brewing techniques and the man who brought Kviek to the worlds attention), along with Simonas Gutautas of Dundulis Brewery.

They'll be with a panel of Irish brewers (including Canvas, Land and Labour, Black Donkey) as well as Historian and Ladies Craft Beer Club founder Dr. Christina Wade to talk about the unique beer culture and brewing techniques that exist in Lithuania. From raw ales to baked malt there is a lot to be discovered. 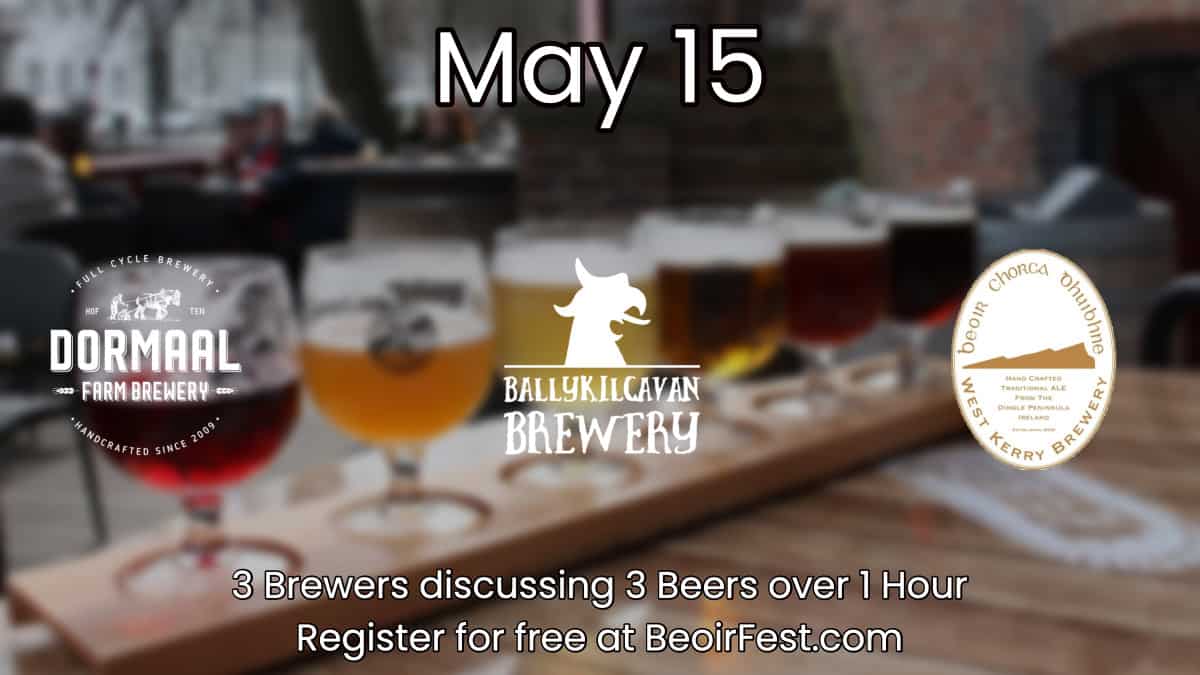 Join Hof ten Dormaal from Leuven, Balykilcavan from Laois, West Kerry Brewery from Dingle for a chat about locality and more. 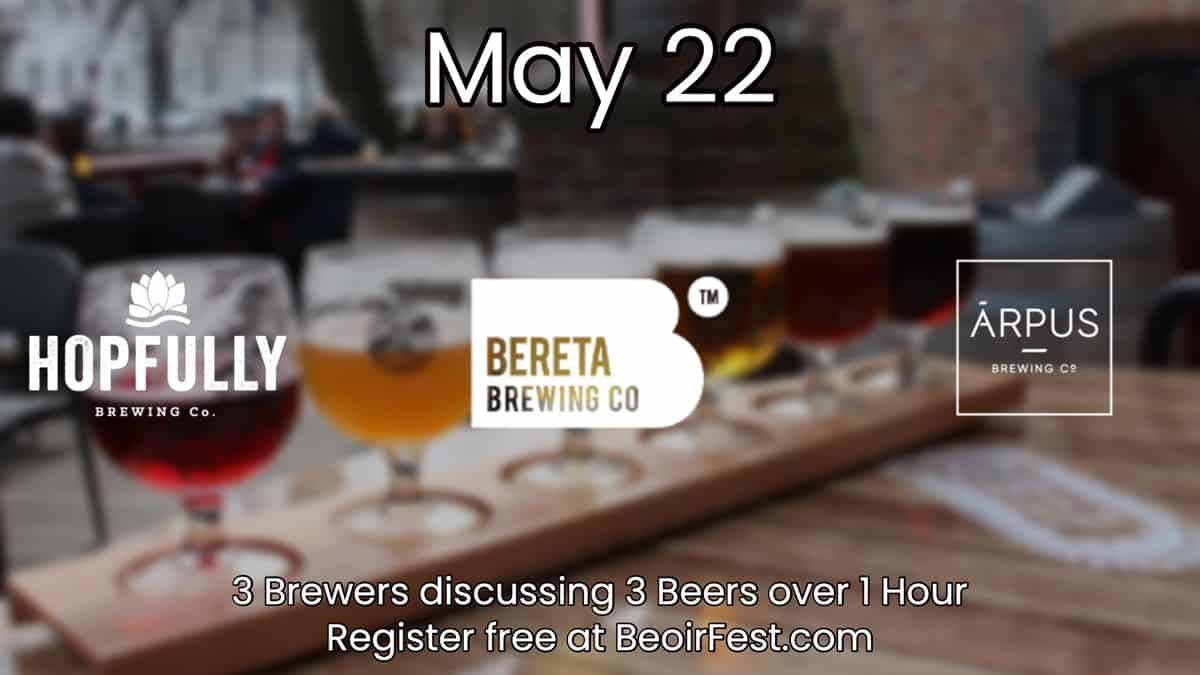 We're triangulating Europe this week as Hopfully from Ireland, Bereta from Romania, and Arpus from Latvia get together for a chat. Learn more about the differences and similarities in local beer preferences and tastes, and discover some new brews to look out for. 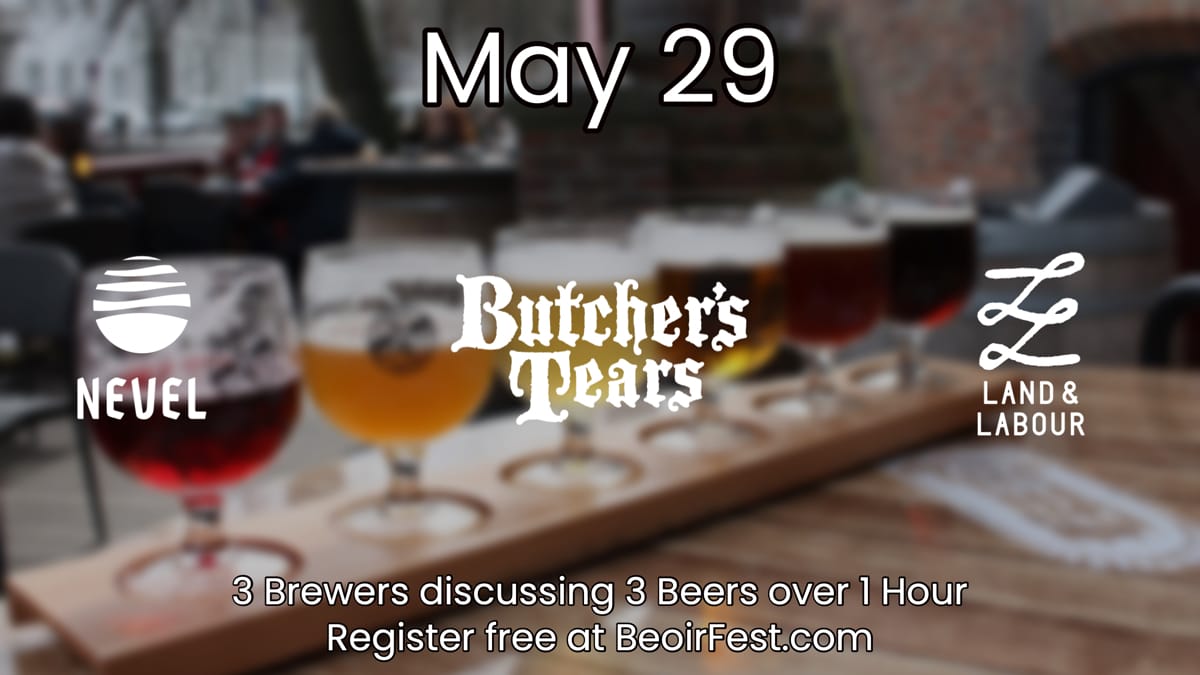 We go wild(ish) this week. Nevel Wild Ales produce beers with wild yeasts and ingredients foraged from a local forest, Butchers Tears farmhouse brew in the center of Amsterdam, with an old strain of yeast they've been pitching for nearly a decade. And Land and Labour are the pioneers and masters of spontaneous fermentation in Ireland. 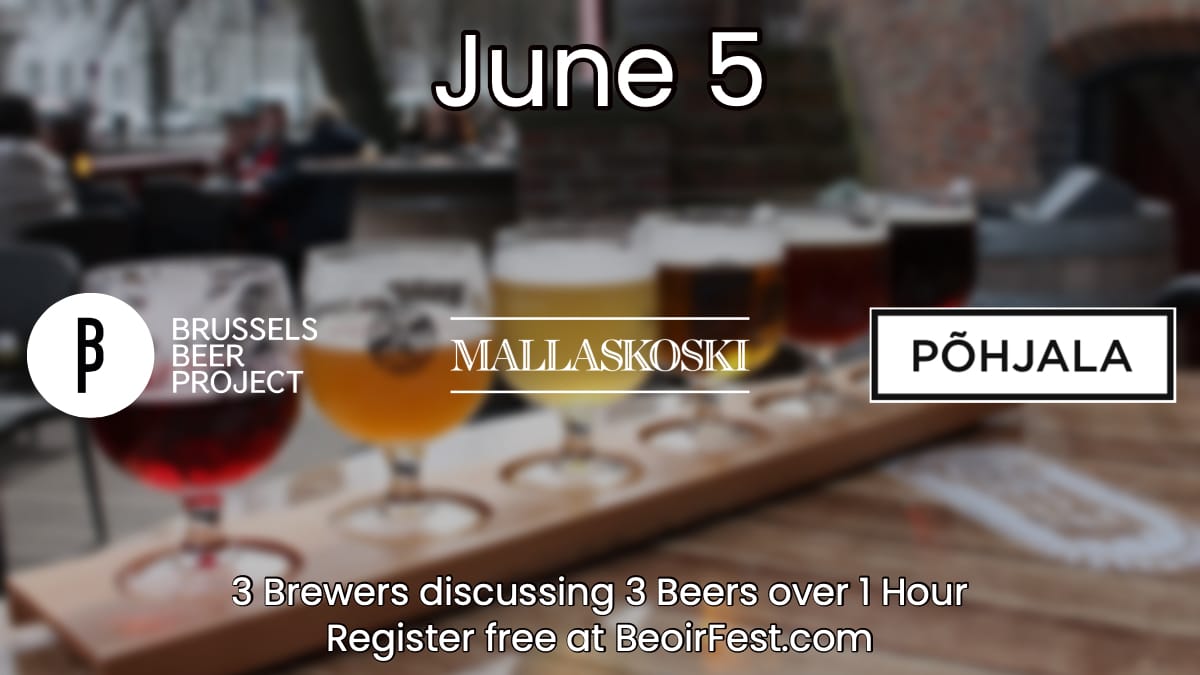 Let's look at Barrel Aging on June 5 with Brussels Beer Project from Belgium, Pohjala from Estonia, and an as yet to be confirmed third brewery. 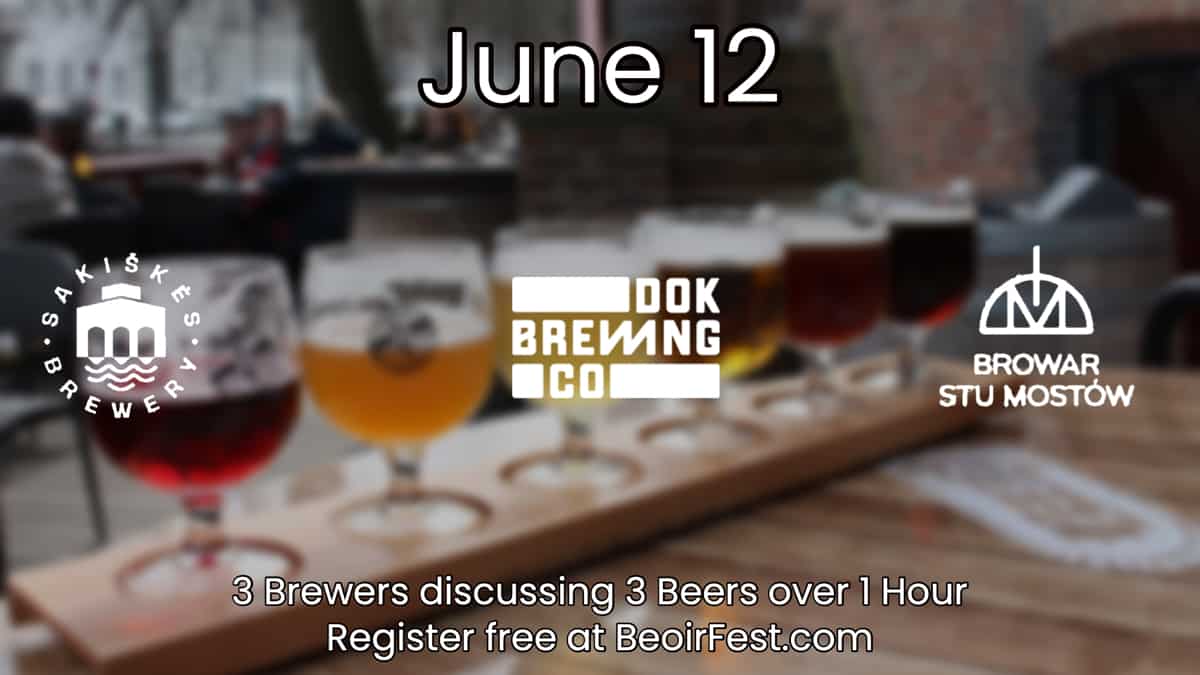 On June 12 we'll get together with with Sakiškiš from Lithuania, DOK from Belgium, and an as yet to be confirmed third brewery for another hour of beer and chat.